IFAC organizes the 1st International symposium of choir conducting teachers and the second edition of The choir in all its states in partnership with the Conservatoire du 5 Gabriel Fauré and in conjunction with the 9th International competition for young conductors .

Registration to the Symposium gives access to the different rounds of the 9th International competition for young conductors including the final.

This symposium is open to all choir conducting teachers and classes from Europe and beyond.

Choir conducting teachers regret very often the difficulties for their students to move in another country during the course of the year, on short periods, due to lack of process (except « Erasmus »).

Georg Grün wants to experiment a distance masterclass to allow his students to attend courses from another country or to foreign students to follow his courses. French students and spanish students shall be invited to participate through remote participation to german courses.

Georg Grün will present a first report of this experiment and will open the debate on the possible developments. Participants shall then propose some methods for cooperations on a european and international level between choir conducting classes.

IFAC is working on students evaluation for many years. How do we evaluate the skills and abilities of a student? In connection with the competition, the participants of the symposium will work on this topic during and after the competition, sharing their evaluation of the semi-final and final competitors.

Knowledge is Power: the choral conductor’s understanding of singing.
A basic knowledge of how to sing, how to get the best out of the human voice, will make a huge difference to what a choral director is able to achieve with his or her choir. It sounds obvious, but there will be choral conductors who have never had a singing lesson.  The basics of singing can be easily taught, and once learnt, this handful of ideas can be easily passed on and incorporated into choir training. Quite simply, members of the choir are singing; and being able to sing better will make it a better choir: better at high notes, better at long phrases, better at intonation, better at singing fortissimo and pianissimo and getting from one to the other; better at giving the audience something special, memorable and moving.

The differences and the common aspects of orchestra and choir conducting
Leader: Josep Vila i Casañas (Spain)

Choral and orchestra conducting are two disciplines which have lots in common despite the fact that, from a certain point, they require to be trained in different ways. The first one deals with a unique instrument, the human voice, while the second one deals with many. A literary text is always determinant in choral literature interpretation while instrumental music expresses by itself. Nevertheless, beyond these and many other differences, they try to unify musical expressions while leading an ensemble and use our body as an instrument to express the musical ideas. That’s why, in the end, both conducting specializations should be considered as a unique discipline. We propose going deeper in comparing choral and orchestra conducting art, in order to enrich our labour as educators. 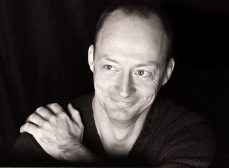 Georg Grün is considered to be one of the most sought-after international choral conductors and specialists for choral sound. He founded the KammerChor Saarbrücken in 1990 and has been its artistic director ever since then. He has won the most important international and national choir competitions, he gives concerts at numerous renowned music festivals and he regularly produces CDs with Saarländischer Rundfunk, Carus and Rondeau Productions.

From 2000 until 2013 he held a professorship for choral conducting at the University of Music and Performing Arts Mannheim. There, he founded a chamber choir with which he also won several international prizes. In 2012, Georg Grün changed to the University of Music Saar as a professor and became artistic director of the BachChor Saarbrücken. Since 2008 he has been a baritone member of Daarler Vocal Consort.

Georg Grün works as guest conductor and guest professor, juror and tutor at international masterclasses for choral conducting around the world. Since 2010 he has been a mentor at the forum for conductors of the German Music Council and since 2015, he has been Chairman at the jury of the International Chamber Choir Competition Marktoberdorf since 2015. He is increasingly concerned with improvisation (piano / organ) and performance and is also active as a composer and arranger. 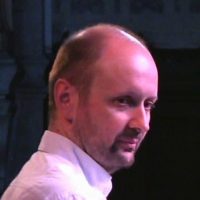 As a musical director and as a choral director, Philippe Le Fèvre is eager to make classical music accessible to as large an audience as possible.
With Le Capriccio Français he has performed hundreds of times, in prestigious and famous festivals as well as in more humble places. He has performed with the most renowned soloists and with amateur choirs alike.
When Le Capriccio Français was founded, he intended to perform the 18th century amazing repertoire. They play period instruments because they mean to link every musical era with its proper instruments and interpretation. But they have since approached classical and romantic repertoires, and their performance of the Traviata on period instruments was a world premiere!
Le Capriccio Français could lately be heard in great performances (J.S. Bach Mass in B minor, St. Matthew Passion and St John Passion, W.A. Mozart Great Mass in C minor) and more intimate concerts, as well as our four productions: Mozart, an intimate opera – Haendel, caro Sassone – Vivaldi, the Venetian – Si Versailles m’était chanté.
Alongside his work as a musical director, Philippe Le Fèvre favors pedagogy and transmission: he has therefore founded a Summer Music Academy for future young artists, he is a Professor at Cergy-Pontoise Regional Conservatory and Paris 9e Conservatory. He is also the Choral conductor of two amateur choirs including the french Parliament choir, and he regularly delivers lectures.
The same passion has led him to join IFAC in 2010, as an Artistic and Pedagogical Director for several years, and now as a member of its Board. He aims at creating new repertoires, developing choral directing programs, and establishing international connections. 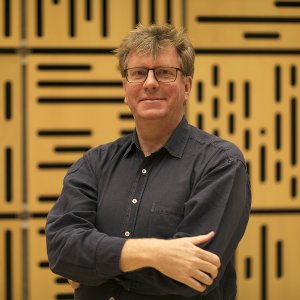 rd Caswell is a versatile and widely respected choral conductor, singer and teacher. Working throughout the UK and Europe he has established a reputation for approaching choral conducting from a singer’s perspective. Since 2004 he has worked with professional choirs, amateur choirs and student choirs throughout Europe, particularly in the U.K., Germany, The Netherlands and Belgium, and the current season begins with a concert featuring music by Britten, Pärt and Bernstein’s Chichester Psalms with Octopus Chamber Choir at the Palais des Beaux-Arts, Brussels.

In 2013 Edward founded Cromarty Youth Opera in the Scottish Highlands with a production of Noye’s Fludde by Benjamin Britten, and in August this year led the company in the world premiere of their fifth anniversary commission Tod!, an opera based on the writings of Beatrix Potter by Andrew Gant.

He published his first book : It’s always a Pussycat : a singer’s approach to choral conducting. 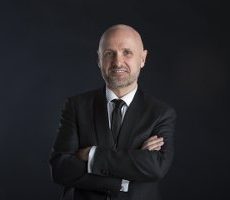 He has served as the resident conductor of the Orfeó Català choral society (1998-2016), the Cor de Cambra of the Palau de la Música Catalana (2011-2016) and the Radiotelevisión Española Choir (2007- 2010). He has worked as a guest conductor with the Spanish National Choir, the World Youth Choir (2010 and 2019) and the Swedish Radio Choir among others. He has written an extensive body of works for children’s and youth choirs, for mixed a cappella choirs and for choir and orchestra. Since 2005, he has taught choir conducting at the Catalonia Music Highschool.

You can also make a donation for IFAC